Welcome to a brand new feature on the Graphtec GB Blog where we visit users of our market leading machines and see which sectors they are being used in, welcome to End User Stories.

To start off this new feature we visited Graphtec owner and user Nick Shackleton at his Bury based bicycle protection wrapping business, Shack Wrap. 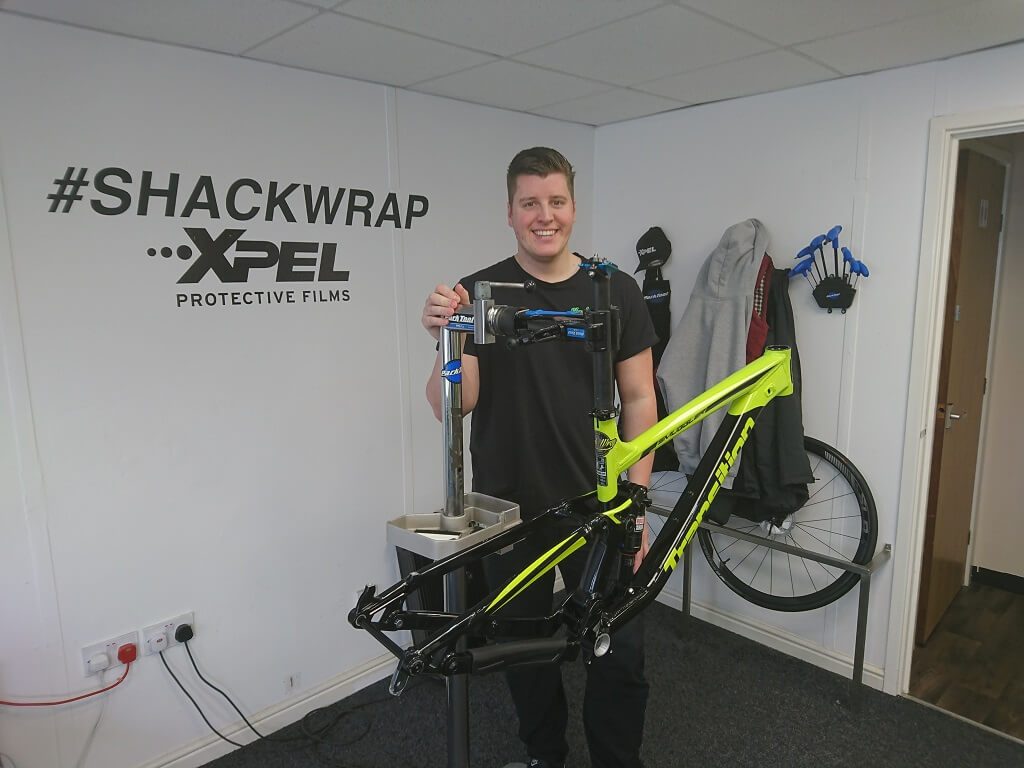 Who Are Shack Wrap?

Shack Wrap is owned by avid mountain biker and ex-cycle sales person Nick Shackleton who has built a successful business around the demand for wrapping all kinds of bicycles in a protective film to keep the bike protected from the elements at all times and featured on the ITV TV Show Give It A Year with former Apprenctice host Baroness Karren Brady.

Nick uses a Graphtec FC8000 Cutting Plotter to cut templates out of Xpel Paint Protection Film (also knows as PPF) that he then applies to the frame, forks or cranks. This process works to protect the paintwork which keeps the bike looking newer for longer, reduces paint fade & fatigue and can aid in the bike holding a better value when the time comes to sell it on.

Paint Protection Film is widely used in the automotive sector to protect the bodywork of vehicles from stone chips, dirt ingress and to protect against scratches.

With high-end bicycles now widely costing upwards of £5k Nick saw a gap in the market to bring this service into the cycle market and so Shack Wrap was born.

Nick originally called us as he was experiencing some problems with the cut performance with the media in his machine especially in the warmer summer months.

When the mercury was rising so was the centre of Nick’s PPF media as it became more malleable and softer in the warmer summer temperatures.

The bowing effect that the temperature was having on the media would cause the blade to either snag causing the media to wrinkle or drag across the surface leading to unnecessary, unwanted and costly wastage.

However, there was a fix, and quite a simple one at that.

Nick’s FC8000 was equipped with only two push rollers which were positioned at either end of the media but in order to stop the media buckling in the middle we were able to fit an Additional Push Roller Assembly. Adding this extra roller keeps the media flat and held firmly at all times eliminating the troublesome buckle.

The ability to add an extra Push Roller is a stand out feature of the FC series range, unfortunately this isn’t possible with a CE Series Machine. 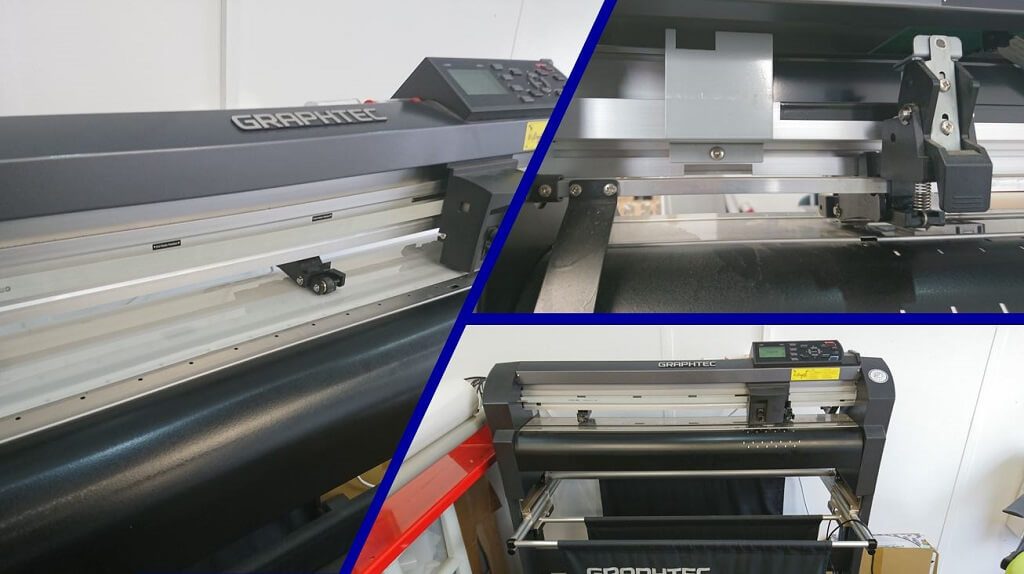 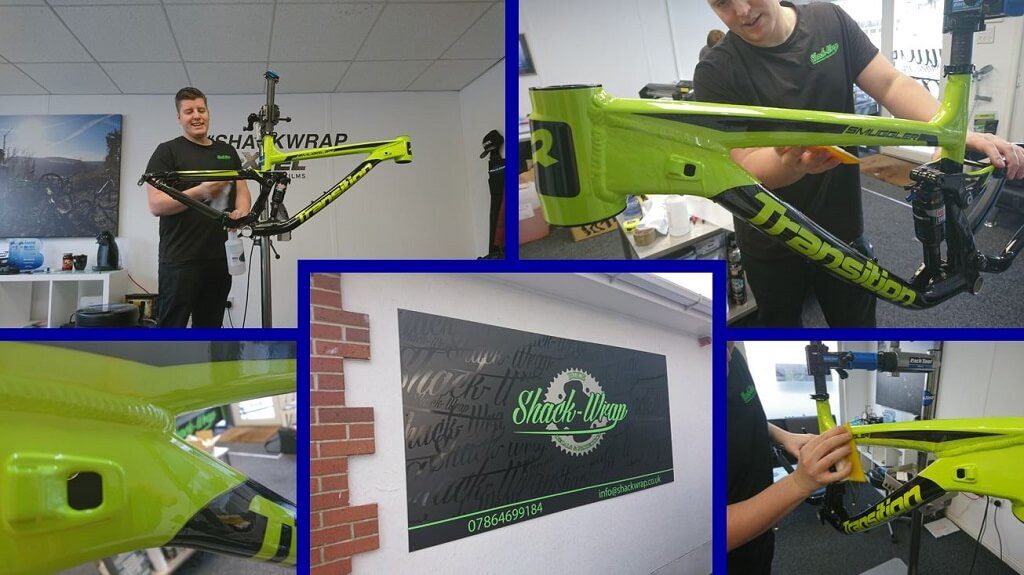 With Nick’s FC8000 back up and running with the new Push Roller Assembly in place it was back to business as usual.

Nick kindly talked us through the process on a brand new frame that had come in for wrapping prior to being built up. This wasn’t a frame that Nick had worked on before so had to draw up the template while he worked on the frame.

Firstly the frame is fully degreased (a much simpler process on a frame that hasn’t yet seen any outdoor action) which makes sure that the adhesive sticks perfectly without any bubbles forming. Once the template is cut Nick wets the frame and film to enable it to slide into position with ease, similar to the process used when applying window tint material to glass.

Once fully wrapped the frame has to dry out before it can be either built or ridden. The wrapping process takes between 3 – 5 hours depending on if Nick has the template already drawn up or not.

Which Cutter Plotter For PPF?

When it comes to cutting Paint Protection Film we specify the Graphtec FC Series Cutting Plotter.

Paint Protection Film can be quite thick and heavy when cutting larger panels for vehicles such as 4×4’s.

The FC Series has a head pressure of 650 grams which enables it to cut through a variety of Paint Protection Film with ease. We usually specify the 1600mm wide plotter for this application especially when the machine is being used within the automotive sector. This wider width allows for whole panels to be cut for larger vehicles which reduces the need to piece jobs together but any width version of the FC is capable of cutting through it. 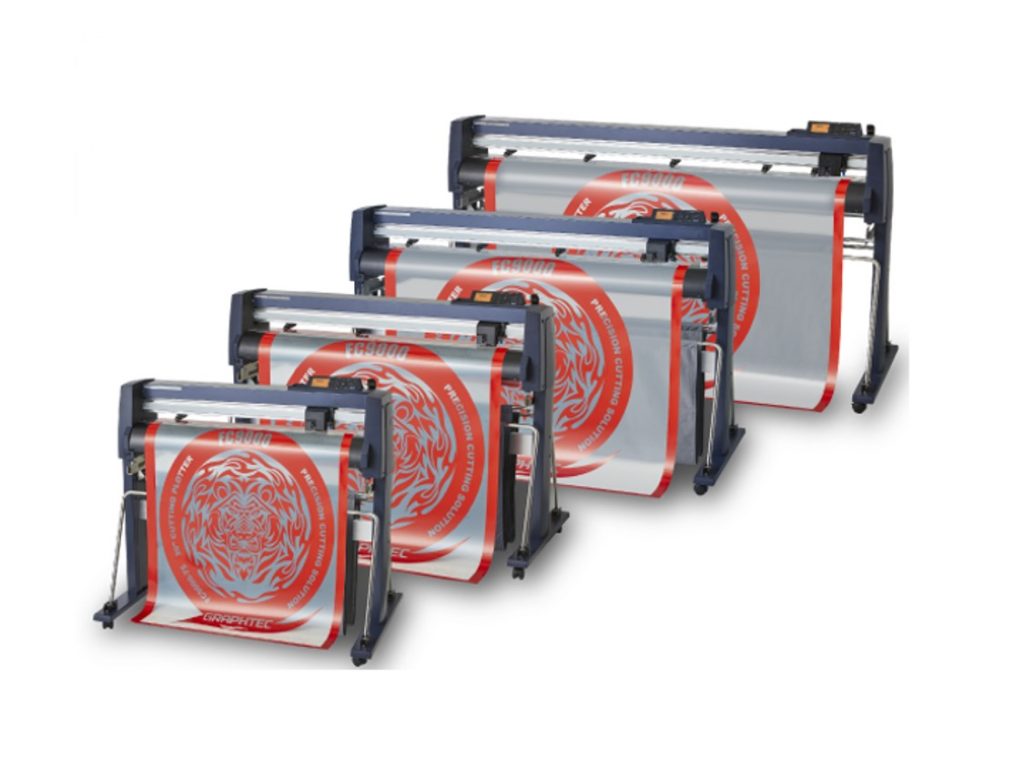 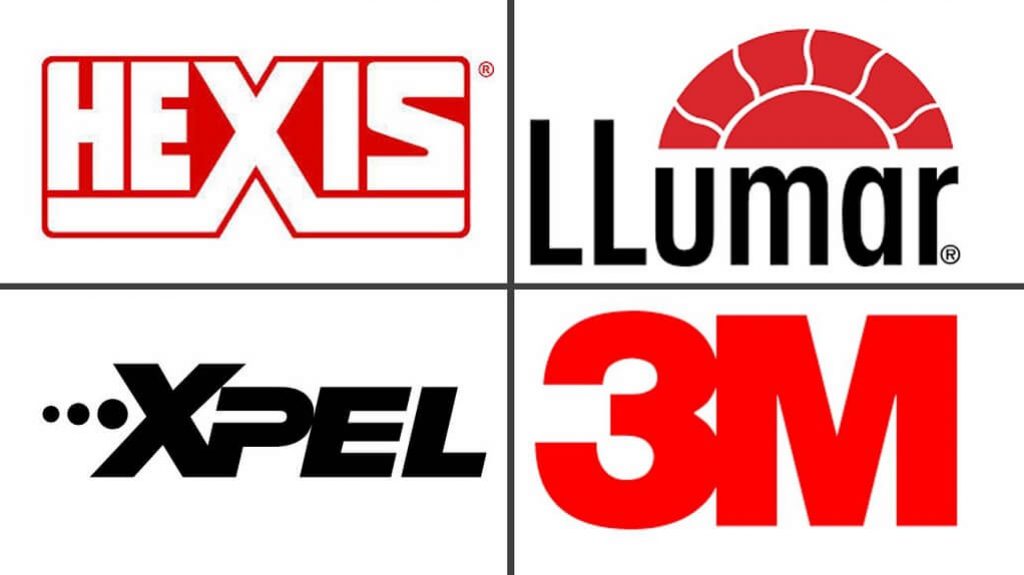 What Paint Protection Films Are Available?

There are many different versions of  Paint Protection Film on the market but there are some stand out brands who provide these medias.

PPF in most cases is made out of a thermoplastic urethane which when applied almost appears invisible and has UV protection qualities to stop to help protect the paintwork from unwanted fading from prolonged exposure to sunlight. PPF is available in different thickness’s for different varieties of protection levels and needs for the user.

The beauty about PPF is that if it gets scratched or damaged it can easily be removed and replaced leaving the paintwork underneath looking as good as new.

Would You Like To Feature As An End User Story?

Join Us On Social Media